DNF Review: Love and Other Unknown Variables by Shannon Alexander 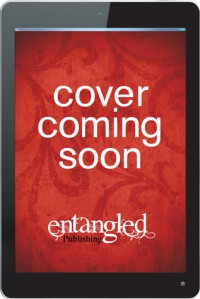 “I meant how long until you die?

And there we go, after 163 pages of Charlie Hanson being one of the worst people in young adult history, the straw that broke the camel’s back. Rarely do I have the “pleasure” of experiencing a character who is such an unmitigated ass, but C-Man takes the lead right out of the gate by conducting “experiments” of touching girls without their permission and acting confused when they respond negatively. He’s just never going to get the hang of women. :(

Chuck is a theoretical mathematics genius at an exclusive private school for the sciences. He’s been planning on attending MIT since he was 9 and he won’t let anything stand in his way of becoming valedictorian, being accepted to his dream school, catching the eye of a great mathematician who will take him under his wing until Charlie wins his first Nobel Prize. And yet, while we’re told all of this, the only schooling we ever see is Charlie purposely sabotaging his English class, because books and literature are for plebeians. Wouldn’t such a driven and ambitious character try his best in every class to ensure his place as the top student?

The school has a reputation for poor English grades and driving off any teacher foolish enough to try and teach it to them. This year, the poor lamb lead to slaughter is Ms. Finch, an unorthodox young woman who reads the class novels, just for the fun of it, and takes them outside to view the world in a different way.  Sorry, wrong piece of media. Despite trying to engage with the students on a mathematical level, Chuck’s BFF, James, launches a full scale bullying attack on her, which Charlie, reluctantly at first, supports and escalates.

It’s not just his teacher Charlie bullies. He’s rude to his friends, to the point where it’s an ongoing “joke” that he never apologizes. He admits that he doesn’t remember he has a sister unless she’s right in front of him. He runs over Mrs. Dunwitty’s flower garden and is forced to do yard work for her to make up for it. He’s openly hostile and refers to her as Mrs. Dimwit, because…? (He does HAVE parents, unlike James and the Love Interest, but they’re in perhaps two scenes, so I have no idea how he treats them. We have a serious case of missing adults in this book.) This isn’t “genius with no social skills”; this is full on asshole.

The love interest is Charlotte, an enigmatic and moody young woman with hope tattooed on her neck and feathers drawn on her shoes and fingertips smudged with charcoal, who just so happens to be the English teacher’s sister. Charlie is obsessed with her from the second he sees the back of her neck. I have no idea how Charlotte feels; she doesn’t get a point of view.

Not every love interest who changes a character’s life is a manic pixie dream girl, but Charlotte is. She spends all of her time at Charlie’s house, ostensibly because she’s lab partners with his sister, but really to teach him the joy of old musicals, abstract art, and taking risks. I chose to DNF when her secret was revealed, because it’s extremely derivative of another MPDG romance by a certain “savior of young adult” that just became a movie. I also found it completely out of place, because the foreshadowing suggested she was

I hate this book too much to try to finish it. I’m completely baffled at who the audience for a book about hating books is supposed to be, and how I can possibly root for, or fall in love with, this main character. Again, I did stop just shy of the halfway point and you may find the end redeems the beginning, but I don’t recommend trying it to find out.